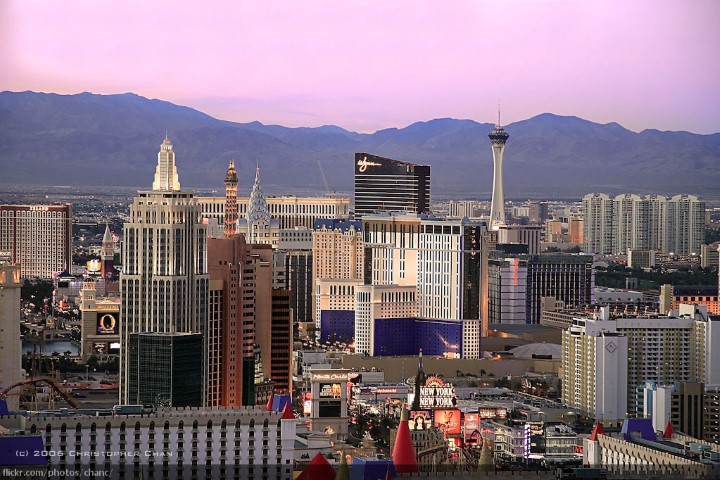 The Las Vegas-Henderson-Paradise metro area, often referred to simply as Vegas, is located in southern Nevada, and is one of the largest tourist destinations in the world.

Las Vegas is the biggest tourist city in America. Over 40 million people visit the city each year from all around the world, making Las Vegas the most profitable city in the country. With all of its giant hotels, and numerous attractions, Vegas has people from countries all over the world visiting on a regular basis. It is expected that in the next 20 years the immigrant population in Las Vegas will makeup nearly 40% of the city's overall population.

Las Vegas is one of the most ethnically diverse cities in the United States. Because of the city's economic boom over the last 20 years, thousands of jobs have been created making the city an ideal destination for immigrants looking for work. Add the fact that the living costs are relatively lower than the surrounding areas, and it is easy to see why Las Vegas has such a fast growing immigrant population.

The primary foreign-born people group in Las Vegas is Hispanic. Many of them are migrating from California in search of jobs and reasonable living costs. Over half of the immigrants in Las Vegas are from Latino countries. It is also estimated that by 2050 the Latino population will more than double, which would make it larger than even the white population in the city.

Combine these statistics with the fact that the city sees millions of foreigners every year as tourists, and Las Vegas becomes a prime destination for gospel work among people from other countries.

To get started with mobilizing yourself or your church for the Las Vegas Metro mission field, initiatives and contact info follows ...

Immigration and Ethnic Diversity in Nevada- A great article for detailed information on the Ethnic makeup and immigration statistics of Las Vegas.