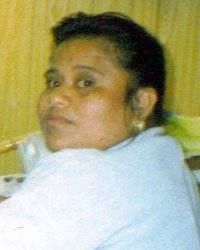 The Kusaiean, also known as the Kosraean, migrated from the United State from the islands of Kosrae, Caroline Islands, and predominantly Nauru.

Traditionally, they are well known for the quality of the fabric they wove from banana fiber. They were excellent weavers, weaving hats, mats, bags, baskets and wall hangings from pandanus, coconut, hibiscus and other fibers.

Missionaries arrived in the mid-1850's and over a period of years successfully converted the majority of Kusaiean to Christianity. They are one of the most devout and conservative of the Micronesian islands people groups. They are famous for the choral singing which developed as an off shoot of their Christian conversion.