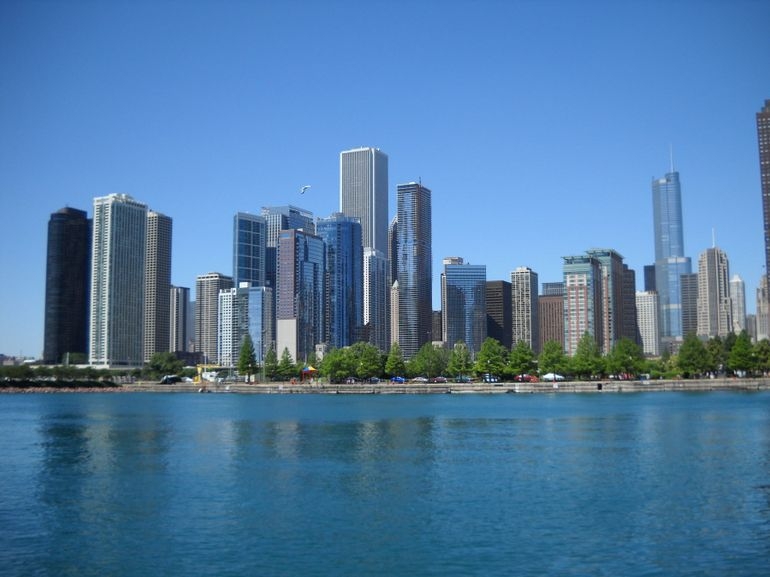 The Chicago-Naperville-Elgin, IL-IN-WI Metro Area, referred to as Chicagoland, is a 14 county area, anchored by Chicago, otherwise known as the Windy City.

The largest foreign-born population in Chicago hail from Latin America. There are immigrants from all over the South America and the American Islands, but the majority are from Mexico, and Puerto Rico. The Latin American community has had a large cultural effect in Chicago which is evident in the many Latin American neighborhoods, festivals, and businesses that can be found throughout the city.

Chicago is also home to the second largest European population in the United States. The European communities including Irish, German, Italian, and Polish have had a huge impact on Chicago throughout its history. This is evident in the many European cultural enclaves found throughout downtown Chicago such as Polish Downtown, Little Italy, Greektown, and Germantown.

Chicago is also a destination for many refugees escaping oppressive and war-torn countries. Chicago has one of the largest refugee populations in the United States, the majority of which come from Europe and southeast Asia. For more information on refugees in Chicago, Click Here.

Some might assume that Chicagoland is a metro area of the children and grandchildren of immigrants. In past times, Chicago grew from European immigrants. As time passed, many of these immigrants and their children left behind their old world and the languages of their parents. For instance, at one time the Lawndale area was largely a Jewish neighborhood on the West Side and also a linguistic enclave, where, if anything, English was an exotic tongue. Many immigrant children and their grandchildren, though, now don't speak Yiddish, except for a few words. Nevertheless, a large majority still maintain strong ties to their ethnic identity and adhere to the socio-cultural values of their forefathers. All one needs do is visit their numerous points of interest or attend any of the numerous ethnic festivals to realize that European people groups are still making their mark on Chicagoland. In the past twenty years, though, a new wave of immigrants is making their mark on the area.

It is easy to find these newcomers, from Asian nations and American peoples, spread throughout the area. A few listed above in the "Quick Facts" only touch the numerous people groups now residing in Chicagoland.
View Enlarged Map of Metro Area

To get started with mobilizing yourself or your church for the Chicago Metro mission field, initiatives and contact info follows ...

Midwest Weekends - a listing of ethnic festivals held throughout the Midwest United States, including those in the Chicago Metro Area.

Chicago Chinatown- anything and every you want to know about Chicago's largest ethnic enclave.

Demographics in Chicago- a great place to learn about the demographic layout of Chicago.

World Relief Chicago- a great place to find information on refugees in Chicago.