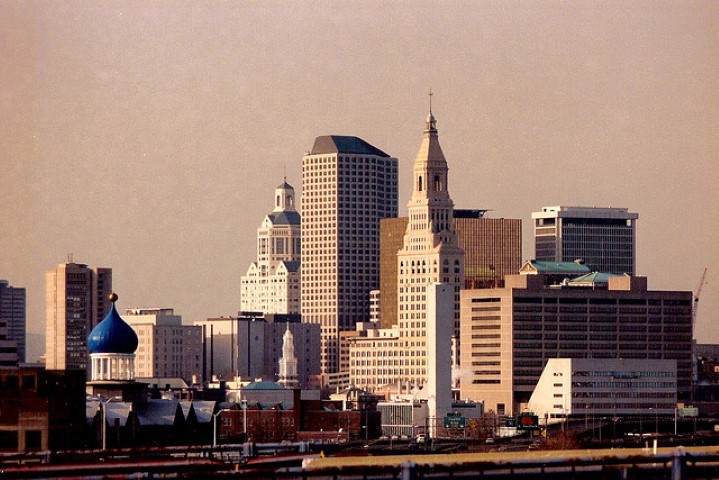 Hartford is one of the oldest cities in the country dating back to 1637. Throughout its history, it has been one of the richest and most productive cities in America. The metropolitan area of Hartford is in the top 10% of MSAs in economic production, and is in the top ten overall in per capita income. This has made the suburbs a popular destination for migrants and immigrants alike, and the increase of the overall population of the MSA can be attributed to the growth of the suburbs.

Historically, Hartford's immigrant population was primarily European. Today the city of Hartford itself does not have many European immigrants, but there is a large Europeans population located in the surrounding suburbs. The greater Hartford area has one of the largest Polish populations in the country, many of which are located to the southwest of the city in the town of New Britain. There are also other European immigrants scattered throughout the suburbs including large Italian, French, and German populations.

The city of Hartford proper has a rather large Latino population, which accounts for three-quarters of the total foreign-born population. The Jamaican population is one of the largest in the metro area, and the city also has other significant Central America populations such as Dominican, Colombian, and Honduran.

The Asian population that can be found throughout the suburbs has grown rapidly in the past couple of decades. Significant southeast and south Asian populations have grown in the area, with many Vietnamese, Gujarati, and Hindi immigrants drawn by the thriving suburbs of Hartford.