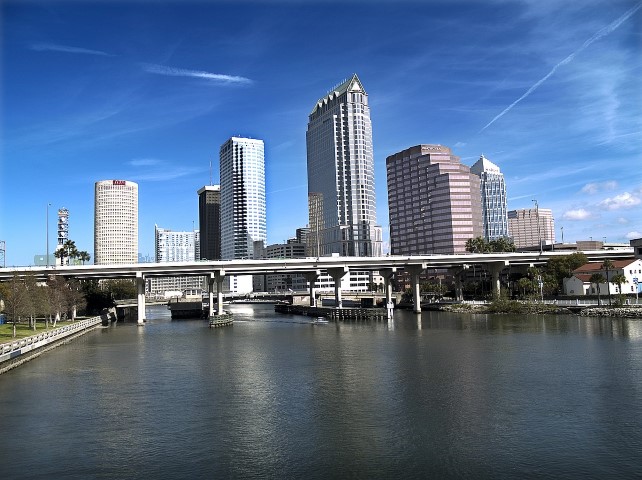 The Tampa-St. Petersburg-Clearwater metropolitan statistical area is located on the eastern side of Tampa Bay to the west of Central Florida. It is made up of Hillsborough, Pinellas, Pasco, and Hernando counties.

Recently the greater Tampa area has seen an influx of immigrants. The Latino population has been consistently growing over recent years and a large influx of Cuban immigrants have been flooding into the area. Tampa Bay has also recently received a large amount of Asian immigrants from East and Southeast Asia creating a diverse foreign-born population.

In the past the immigrant population in the greater Tampa area consisted primarily of people from European countries. Although there is still a European presence in Tampa, the Latino population constitutes the majority of immigrants that reside there currently. The population from Latin-Caribbean countries such as Cuba, Haiti, and Jamaica have significantly increased in recent years. The greater Tampa area has one of the largest Latino populations in the State of Florida, as well as one of the largest percentages of Latino refugees in the country.

The Tampa Bay area has also seen an increase of Asian immigrants over the past ten years, an overall increase of over 40 percent. Many of these immigrants are coming from southern and southeastern Asian countries, and are moving into the suburbs of the city. The Asian population is currently the second largest ethnic group, but if the immigration trends continue, over the next 20 years they could even rival the Latino population in total number of immigrants.

Tampa Bay Area- A good place to start on getting information about the greater Tampa area.