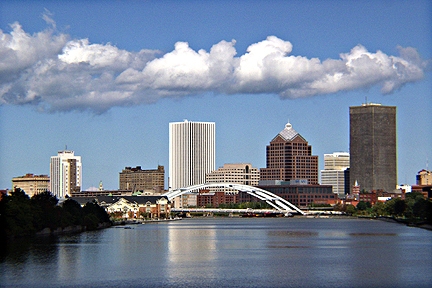 The Rochester metro area is a seven county area located in western New York, with Rochester, also known as The Flower City, as its anchoring city. It is the second wealthiest and most economically productive MSA in the state of New York, behind only NYC.

The greater Rochester area has seen steady growth over the last couple of decades. Recently, the city has been voted as one of the top cities to raise a family, one of the best places for quality life, and the city has the lowest cost of living among major metro areas in New York. This has made the Rochester area a prime destination for families looking to settle down, and people looking for work. This has led to an influx of immigrants looking to start a new life.

The ethnic make up in Rochester has become rather diverse during recent years. In the past the city's primary immigrant groups have been from Europe, but it now has a growing Latino population, and the largest ethnic group is now Asian with significant populations from China, Vietnam, and Laos.

Both the Latino and Asian populations have more than doubled over the last twenty years. They have been settling down in the suburbs surrounding the city of Rochester. One major reason for this is due to the lowest cost of living in the state and the quality of life in the area. With the recent resettlement of refugees in Rochester, the area has become a melting pot of foreign-born citizens.